A couple of songs from what will be at least a four-song EP. These two were the simplest to complete, hence up first. Distributed on Spotify, Apple Music, Amazon, etc., but also downloadable from here. 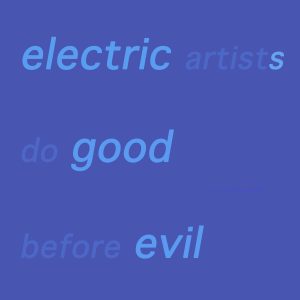 This site has been home to art, then voice acting, and now music, apocrypha and whatever else.

A few words about the music. I think it fair to judge that songwriting no longer truly exists, rather we at best just find fresh ways to arrange musical sound that was previously discovered or conceived. As much as I admire even the most innovative of compositions, when I listen there is virtually nothing that I haven’t heard before.

This is in no way dismissive, just a recognition of reality, as true for my efforts as those of anyone else.

The concept with the new songs was to approach their inception with as little premeditation as possible and to try to carry that freedom through to the end result. It’s difficult when the language of songwriting and how music is commonly consumed and appreciated is so firmly entrenched – a pre-chorus harmonic lift is there for a reason, as is a percussion roll announcing “and now this”, etc., etc….

So, I improvised with my guitars and synths for hundreds of hours searching for those moments when I would stumble open something interesting, something that I would not have thought of normally and found compelling – a few seconds of a very fleeting magic. Those ephemeral passages became the base and building blocks of the music, analogous to creating a sculpture with found objects.

I could go on, and sometimes do until my victim’s eyes glaze over, but hopefully I’ve conveyed the general idea.

These pieces date from around 2005. There are plenty more, but I consider this small selection the most successful or intriguing out of a random-to-resolved process, that – like the music here – initially relied on happy accidents while playing with technology. The images are entirely computer-generated.

The pop instrumental Monkeyhowl anthem, released 2010. A video for the chorus can be found at monkeyhowl.com. Mp3 downloadable. 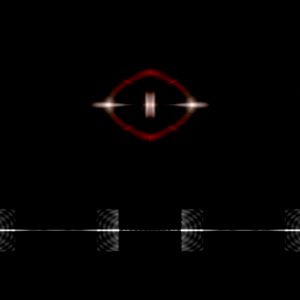 Taken from the novelty song “Barbarian” at monkeyhowl.com. You never know when they might come in handy. Mp3s downloadable.

Voiceovers are usually straight up – explain this, sell that. But here are a couple of more exotic examples.

I played the 500-year-old villain Rughal in “The 99”, the original comic of which was praised by Obama for providing positive role models for Islamic teens around the world. Well, certainly not my character.

“Science Of The Soul” won a Wilbur Award in the U.S. The feature’s premise is that there is scientific evidence proving the existence of the human soul.

Science Of The Soul

What if Sasquatch actually have small feet so as to disguise their movements?

When I am in nature, it’s Pastorale as in Ludwig van. But almost everything there will be or is being eaten alive. That is the cycle. Somehow, we top this pile.

If we were living in a cartoon, we would be counting in eights, with a baker’s ten.

Creation is only as conscious or sentient as the things that are in it.

There is absolute value in the moral philosophy of religion, and incredible danger in its interpretation.

Pferdgewicht – when no other explanation will do.

Governing in a democracy is the art of the possible, and remains the best way forward. Idealogues of any persuasion – right, left, whatever – are a threat to everything, including themselves.

Most of our opinions are a justification for ourselves.

People who are righteous typically derive that righteousness from the sufferings of their ancestors, their so-called ethnicity, their gender, their preferred religious mythology, etc. But we are first and foremost individuals – if it didn’t happen directly to you, then it didn’t happen to you.

If you fall for a conspiracy theory, it would be wise to ask yourself why you want to believe it.

Despite the legacy of its failings, legacy media remains by far the best source of information.

On current evidence, we very much need to teach men that it is OK to be short.

Authoritarian regimes can be incredibly efficient until the inevitable – the madman goes mad.

The most talented musician that ever lived died in a coal mine at age 12. She had never touched an instrument.

Our greatest difficulty in understanding ourselves, individually and collectively, is that we are forever stuck in the present. 10 years later – wow, what were we thinking.

I graduated from the Ontario College Of Art in 1984. I went on to be a professional (i.e. starving) musician in the alt-rock band K. High points included the single “Sliding In / A Thousand Years”, which charted top 10 on college radio stations in Canada and the U.S., and the music TV video hit “Voice In The Bush.” I also had a couple of art shows and a few magazine illustrations published during this period.

After travelling in 1991, I ended up in Hong Kong and fell into journalism, chiefly music and TV criticism for the South China Sunday Morning Post. In 1993, I moved to London, freelancing for The Independent on Sunday, The Wire, Q, Time Out, The Sunday Telegraph and other publications. A lot of ground was covered, of note spending time with and writing about Stockhausen and his sons.

All of which led to seven years as the London correspondent of Variety. I could unpack many things from that very full-on era, but a highlight was being the paper’s point man for James Bond. In addition, I had a side career in voiceovers in Britain.

I chose not to pursue journalism further when I returned to Canada by 2003, instead favouring creative endeavours and whatever presented itself. I still do voice if it’s a project that interests me. I can be reached at xyz@erichboehm.com.